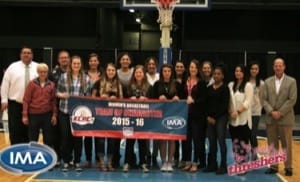 The National Association of Intercollegiate Athletics (NAIA) has named 18 Bethel students as Daktronics All-America Scholar-Athletes for 2015–16.

The sports represented are men’s and women’s basketball and cheer.

With eight student-athletes, the Bethel women’s basketball team is in a three-way tie for the most selections with Bethel College, Mishawaka, Indiana, and Mount Marty College, Yankton, South Dakota.

The team also received the Kansas Collegiate Athletic Conference women’s Team of Character award Feb. 29 at the conference basketball championship. The award is based on the NAIA Champions of Character award and recognizes a school in each sport, as voted on by peer coaches. . . . Read more.

Read more of this article 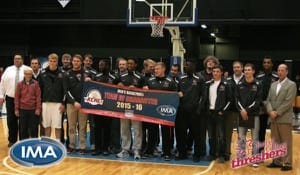 The Threshers were active on and off the court during the 2015–16 season, including increasing their first semester GPA from a 2.78 to a 3.08 from last season. On campus, two of the captains served as co-chairs of the Fellowship of Christian Athletes, one student-athlete qualified for five forensics events at nationals, one served as a student ambassador for Bethel, and seven members of the team have spoken at least once in chapel services so far this year.

The team was well represented in post-season awards:

May 14, the team will host its second annual Bethel College Men’s Basketball Golf Tournament, a fund-raiser for the program. The four-person scramble at Sand Creek Station Golf Course starts at 9 a.m., following check-in.

Members of the Golf Committee of the Alumni Council will help host. Call Coach Tony Hoops ’05 at 316-284-5391 or e-mail him to enter your team today! 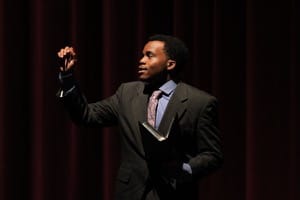 For the second year in a row, every member of Bethel’s forensics squad qualified for the American Forensic Association National Individual Events Tournament, April 2–4 at the University of Florida in Gainesville. . . .

Bethel students and the community are invited to four concerts on campus in early April: 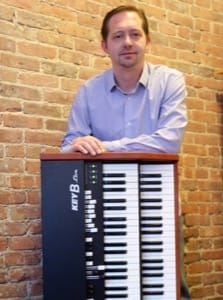 After an all-day workshop, the Mid-Kansas Jazz Ensemble (MKJE) and Bethel College Jazz Ensemble I will welcome clinician and guest artist Pat Bianchi and his Hammond B-3 organ for an evening concert.

The event is at 7:30 p.m. in Krehbiel Auditorium in Luyken Fine Arts Center. There is no admission charge, but a freewill offering will be taken to support Bethel jazz study and performance.

Bianchi is at Bethel as part of MKJE’s annual jazz workshop, which includes clinics with the guest artist and performances during the day by Bethel jazz faculty, says James Pisano, who directs MKJE, Bethel Jazz I and jazz combos.

April 5: Violin duo to be joined by pianist 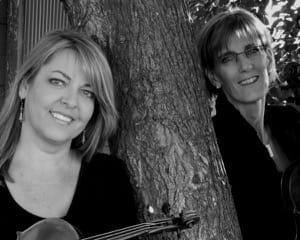 The event is at 7 p.m. in the Administration Building chapel.

Admission is free, with an offering taken to benefit the Rupert Hohmann String Scholarship at Bethel.

Nova Deco is comprised of Nancy Johnson and Dominique Corbeil. Although the duo specializes in music by early-20th-century composers, they also play work by European masters. . . .

The Rupert Hohmann String Scholarship was endowed by Rupert Hohmann ’49 of North Newton, retired violin professor and son of former Bethel music faculty member Walter Hohmann ’15. This is the first scholarship at Bethel to be dedicated to the use of string students. 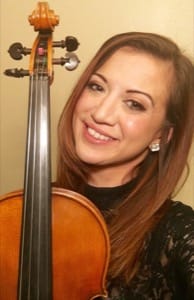 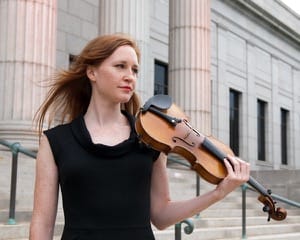 Two young violinists and members of the Wichita Symphony Orchestra, Emily Bishop and Hannah Murray, will play at 4 p.m. in the Administration Building chapel at Bethel. 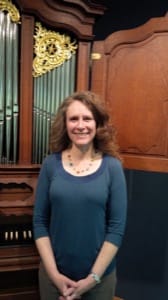 Donna Hetrick ’91, Bethel instructor of organ, presents “Hymns of Spring,” played on the Teschemacher-Deknatel-van der Smissen organ at 3 p.m. in the museum auditorium.

Hetrick will play compositions inspired by the Easter season, including selections from Bach and Pachelbel.

In 1750, Johannes Deknatel, a Mennonite pastor in Amsterdam, commissioned German organ builder Jacob Engelbert Teschemacher to craft the organ. Deknatel’s van der Smissen descendants brought the organ to the United States in 1869. It ended up in Goessel in 1901, and was given to Bethel in 1910. . . .

In addition, spring is the season for student recitals at Bethel. Check for recital news releases as they are posted.

In his one season at MCC, Weston coached one All-Region and 10 Academic All-Region players. The team was named All-Tournament and Weston was Region IX Coach of the Year. . . . Read more.

Jeff Hoskisson, who was just named the U.S. Track & Field and Cross-Country Coaches Association Regional Assistant Coach of the Year, will fill an expanded job description as coach for men’s and women’s track and field and cross country.

He comes from Eastern Oregon University, La Grande, where he has been assistant track and field and cross-country coach since 2012. . . . Read more.

Mario Felix will be the men’s soccer coach. Felix comes from Denver, where he spent one season (2015) as general manager and team coach of Colorado Rush Soccer Club.

Entrepreneurship workshop coming to BC

Bethel College and the Harvey County Economic Development Council are partnering to bring facilitators from the Ice House Entrepreneurship Program of the Kauffman Foundation to campus June 1–3, for leadership training based on the book Who Owns the Ice House? Eight Life Lessons From an Unlikely Entrepreneur by Gary Schoeniger and Clifton Taulbert.

To become certified to teach the Ice House Program and learn how to implement within your organization or community, you are invited to participate in the three-day facilitator training. Information is available at keynote and ticket websites.

Friday morning, June 3, the public is invited to attend any or all of the concluding presentations by workshop participants. For more information — including times and locations of those open events — call 316-284-5251 or e-mail the alumni office.

The Entrepreneurial Learning Initiative is a social enterprise dedicated to expanding human potential through entrepreneurial mindset education — looking at the world in terms of creating value for others, an empowering and necessary approach in today’s dynamic global economy. ELI partners with educational institutions, governments and non-governmental organizations around the world to empower their constituents with an entrepreneurial mindset. More information about ELI is online.

Latch onto a match and double your donation!

Donors to Bethel College may double or even triple the effect of their gifts if the companies they work for match donations.

Check if your company has a matching gift policy. If Bethel is eligible to receive the additional amount from the company, request a matching gift form, complete it, and send it and your contribution to Development Office, Bethel College, 300 East 27th Street, North Newton, KS 67117.

Some companies even match gifts made by retirees and/or spouses.

Donate to Bethel online at any time. If your employer matches gifts, add the company name to the box after “A matching gift will be made by my or my spouse’s employer.”

If you have questions, stop by the Development Office (west end of the main floor of the Administration Building), call 316-284-5250 or send an e-mail.

Latch onto your company’s matching gift program and double or even triple your donation! 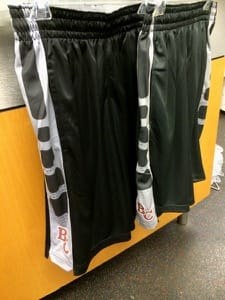 New polos, basketball shorts and lightweight jackets are available, along with tank tops and moisture-wicking T-shirts. Other items are new, as well.

See the online inventory and make your purchase by credit card or via PayPal. Thresher Shop can ship almost anywhere in the world.

March Madness at the Museum

Check out the baseball section of Kauffman Museum’s current exhibit Root for the Home Team: Building Community through Sports, on display through June 5.

Intercollegiate baseball at Bethel was played during three periods: the early 20th century up until 1919, in the late 1940s, and then as a club team from 1995–98. The exhibit includes artifacts from each era.

Read about a 1917 Bethel baseball tragedy. Contrast the team uniform from 1919 with a uniform worn by the 1995 club. Look at the baseball letter sweater circa 1945. Read museum visitors’ stories in a notebook and share your own.

Admission to Root for the Home Team: Building Community through Sports as well as the permanent exhibits Of Land and People, Mirror of the Martyrs and Mennonite Immigrant Furniture is $4 for adults, $2 for children ages 6–16, and free to museum members and children under 6. 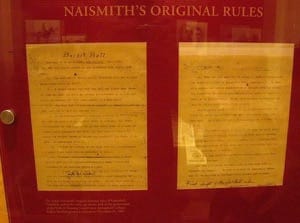 There’s still room on the bus to experience “Knowing Naismith,” the April 21 trip to Lawrence hosted by Kauffman Museum.

Participants will see Allen Field House, Booth Hall of Athletics and the DeBruce Center on the University of Kansas campus, enjoy lunch at the Free State Brewing Company, visit the Watkins Museum of History, and take a driving tour hosted by a historical interpreter portraying Naismith.

The DeBruce Center displays the original rules (pictured above) for the game of basketball, written by game founder James Naismith.

Cost per person is $125 for museum members and $140 for non-members. Supper on the way back to North Newton is included.

Join Kauffman Museum members and friends May 5 for a festive evening celebrating Cinco de Mayo and Mexican-American culture in Newton.

Guests will gather at Our Lady of Guadalupe Church in Newton for appetizers and cool drinks, music provided by current Bethel student Jesus Martinez and his family, a full Mexican buffet prepared by the church’s altar society, a performance by Newton High School’s Azteca Dancers, and an illustrated program by Newton art teacher Raymond Olais.

In his presentation, “Every Mural Tells a Story,” Olais will elaborate on the design process and history inherent in the “La Vida Buena, La Vida Mexicana (The Good Life, Mexican Life)” mural that usually hangs in Newton’s Sunset school but is currently on display in Kauffman Museum’s Root for the Home Team exhibit. Olais and his wife Patrice created the mural in 1976 to celebrate the 30th anniversary of Newton’s Mexican-American fast-pitch softball tournament.

Tickets for this museum fund-raising event are $50 per person. For more information or to make reservations by April 26, e-mail Andi Schmidt Andres or call 316-283-1612.

For 21 years, Kauffman Museum has provided a variety of one-week, half-day summer camps for children. This year’s sessions are:

For more information or to register, e-mail Andi Schmidt Andres or call 316-283-1612. A downloadable brochure is available online.